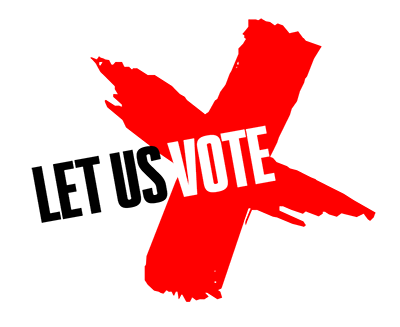 “I am a Refugee support worker with a local authority and I am helping with the resettlement of refugees and their integration to the community. My husband is teaching at a local university. I am Tunisian and my husband is Greek. We came in 2013 from Greece and I was able to settle in the UK as a spouse of an EU national. For both of us the UK has become our home and we are not giving up on this beautiful country despite this feeling that it’s becoming more and more hostile towards immigrants.

We believe in democracy, however depriving some residents from voting and expressing their opinions does not match with this value. As a UK taxpayer and a person who is contributing so much in building communities cohesion in this country, I should have the opportunity to vote in general elections and referendums. Anyone resident in the country, whatever they do, should have a voice and be able to have a say on how to shape our future. 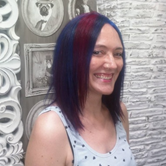 Zoe Adams Green left the UK 18 years ago, just after graduating from university. She’s originally from Tamworth and studied German and Russian at the University of Bath.

She was unable to find a suitable job for her skills in the UK, so happily accepted a position as an in-house translator in Germany, where she remained for five years. She then moved to Spain to be closer to family there, and set up her own translation business. After 12 years in Spain, Zoe met her Italian husband, and moved to Rome to marry and start a family. She has lived in Rome since July 2017, and the couple now have a six-month-old baby.

Although Zoe was able to vote in the 2016 referendum, she was disenfranchised soon afterwards. Despite having lived in the EU27 for so long, she is a relatively new arrival to Italy, and will only be eligible to apply for citizenship in May (the residency periods for non-spouses are much longer). The processing time for citizenship applications has recently been increased to four years, so until some time in 2023, as things stand, Zoe will be unable to vote in the UK or in her host country. This leaves her totally disenfranchised – yet unfortunately not exempt from paying taxes despite this dire lack of representation.

I’m a registered nurse and one of the over 3 million EU citizens at UK. I left Greece straight after the UK referendum in 2016. I have been living here for over 2 years now and I have been working for the NHS. For me, home is 100% here, in the UK. I have seen many changes in the NHS after the referendum, changes that I never had an opportunity to express my opinion on through voting.

Having the opportunity to express my opinion through voting on local and general elections, as well as in referendums, would make a huge difference as I, alongside my colleagues from the EU, would have our voice heard on decisions that affect our lives and our future.

I did not have a voice on any general elections after the referendum, even though I am one of the most directly impacted by the result.

I think it’s only fair for all of us to have a say in decisions that impact all aspects of our lives. I support all UK residents and UK citizens living abroad to vote in general elections and referendums. 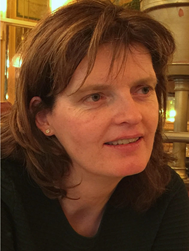 Fiona was born in Barnsley and grew up in Bradford. She voted as soon as she could after turning 18 in 1983 and registered in Bristol when she moved there for work after graduating from university. She moved to Luxembourg in 1995, then to Germany in 1999 and back to Luxembourg in 2002. She lost her voting rights in the UK in 2010 under the 15 year rule. She was not able to vote in the 2015 or 2017 General Elections or the 2016 EU referendum despite the fact that all three votes had a direct impact on her life, her citizens’ rights and her dual national UK German family.

Fiona’s mum is 82 and suffers from multiple chronic health conditions. She relies heavily on the NHS, her GP and local pharmacist for treatment and medication, and cuts and delays in surgery have a direct affect on Fiona. So do cuts to council funding and social care. Fiona also has a daughter who is thinking of studying at university in England, so government policies on universities, fees, student loans and immigration rules for university staff could have a big impact on her too.

Fiona should get her vote back because, no matter if or how we leave the EU, every General Election from now until Fiona’s death will be about Brexit . She was stripped of fundamental rights as a result of elections and referendums in 2015, 2016 and 2017. Fiona should have the opportunity call someone to account for this as a British citizen.

I came to France for a year after A levels to work as an au pair. This was just before 1992 and I found the whole idea a great adventure.

I came back to stay somewhat by accident but slowly built a life for myself, and later my family here. I am now proud to wear the Air France uniform.

I remember going to vote in my first general election, with my parents, in 1992.

Since I have lived in France I have always voted in local and European elections. It has been many years since I was able to vote in a U.K. election.

Soon I will be completely disenfranchised because of the referendum I was not allowed to vote in. I am a single working mother, a tax payer, I read the papers and talk about politics with my children, I am an elected parents’ representative at my children’s school, yet I am to be denied the basic right to vote, anywhere

I’m a PhD researcher and one of the over 3 million EU citizens at home in the UK. I left Romania straight after having the right to vote at 18 years old. I have been living in the UK for over 6 years now and I have not even been to my home town since 2013. For me, home is 100% here, in the UK, with my British partner.

Decisions taken by UK politicians affect me directly – recently, I applied for “settled status” to be able to continue to live in my home after Brexit. I did not have a voice in the 2016 referendum, even though I am one of the most directly impacted by the result. Nor did my British friends living long term in Romania, whose rights are also affected.

I think it’s only fair for all of us to have a say in decisions that impact all aspects of our lives. I support all UK residents and UK citizens living abroad to vote in general elections and referendums. 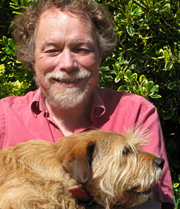 When I was a child, my mum told me of the struggle to win the vote (her mum was one of the first women with that right). Since then I’ve always voted when I could, and my daughter Catriona has always come with me. Now 19, she is one of the youngest candidates in our local election. I left Britain in 1994 to teach medical students in Hamburg, then to Romania in 1997 with EU funding to develop university biomedical research. I wanted to support ambitious young researchers to stay in Romania.

My research group became an “Eastern European Centre of Excellence“; my first PhD student, now a professor, runs it and became head of the national research council. More importantly, in Romania I fell in love, and got married to Victoriţa. After eight years in Romania, we wanted to give our daughter a better chance, and settled happily in the south of Ireland. Being away for 25 years, I long ago lost my right to vote in the UK. This particularly upset me at the EU referendum in 2016, because EU freedom of movement is so fundamental to our life as a Romanian/Scottish family living in Ireland.